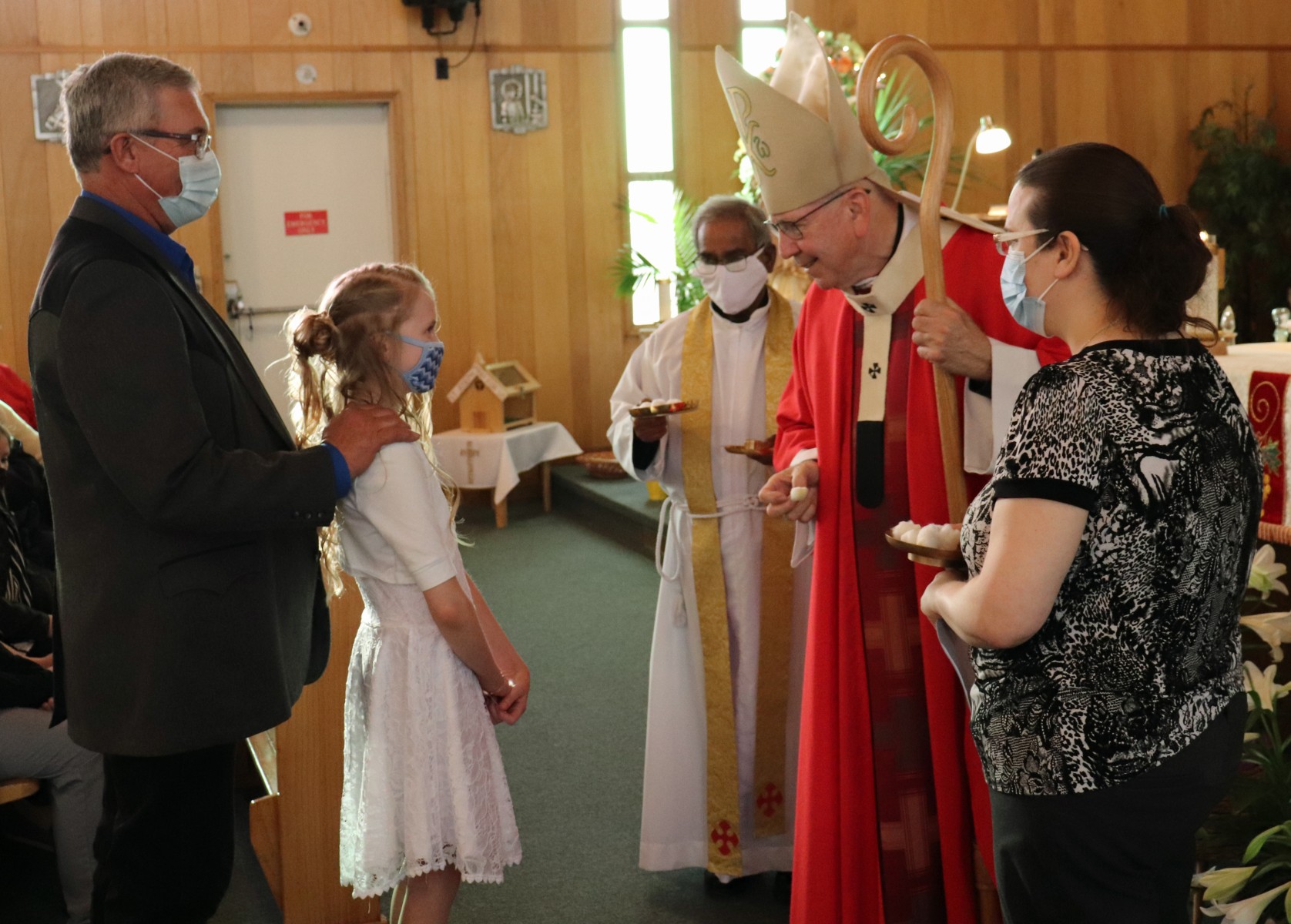 With the anniversary of his nomination on November 30th, Archbishop Gerard Pettipas reflects on his 15 years as an archbishop

Q: Looking back, does it seem like it has been fifteen years?

A: I’m really surprised. Maybe this is a virtue of my age, but I find more and more its hard for me to place the year of things. I’ll have to think hard to recall the year of an event, and sometimes I’ll be surprised it was so long ago or it was so near.

Even though I hold on to some very fond memories of my life as a simple priest, I know that some days its hard for me to place myself back there, like it was so long ago that I was a priest and I’ve been a bishop for so long now, it seems like ancient history when, say, I was the pastor here in Grande Prairie, or in Toronto before that. So I have to remind myself indeed that its been 15 years.

Q: What are some of the greatest lessons you’ve learned through your time as archbishop?

A: I’ll tell you this, nothing replaces being present. Now I can’t be present to everything, it’s physically impossible. But I’ve learned that people take great consolation in my being present, in my being there. So as much as I’ve been able to, I’ve tried to be present. You don’t always have to say something profound, but simply to be there, to show your face, makes a lot of difference to people.

I’ve also had to learn that not everything can be solved right away. Sometimes issues come at me very quickly, and you get a sense of “I’ve got to get on this. I’ve got to solve this.” And sometimes, when you can’t solve it right away and you have to leave it for a while, you see that some issues resolve themselves. Or you see the solution that is arrived at is better than the one you were first contemplating.

Q: What have been some of the greatest challenges?

A: Raising money. I don’t do it well. When we have succeeded, its because other people have done it. My best example is building the church in Grande Prairie; that’s probably the biggest fundraising we’ve tried to do in all my years of ministry. And it was other people who did it. When it was done, lots of parishioners said you did such a good job leading us, and I have to tell them in all honesty it wasn’t me. It was you; it was others.

I don’t have all the gifts; I know I don’t. And it doesn’t bother me to count on the advice and wisdom of other people. It doesn’t bother me to apologize when I’ve made a mistake. I know none of this is a one man show. This has got to be a community, and a lot of what I try to do is to build up this sense of community, that it is the community that has the gifts. And a lot of times people are just waiting to be asked to give their contributions, whatever they are.

So raising money is not my gift, but what I try to do is be the one to call people together. To me what a lot of ministry is is building community – to build and create Christian community, and for that community to be what Jesus Christ was. As He healed, as He forgave, as He lifted up – we have to do that as well.

Q: What have been some of the greatest joys?

A: You know what I get a kick out of is doing confirmations. I know that’s not what this is all about, and I know that for a lot of people that seems to be what it’s all about because that’s when they see the bishop the most. What I love about it is I get to be present to these young people. And I just feel energized being around them, celebrating this sacrament with them. I find it a delight.

I also love, though we don’t do this nearly as often of course, is the ordinations of guys to the priesthood and the deaconate. There’s even a couple of bishops that I’ve ordained over the years. To be able to celebrate those sacraments for the building up of the church is among the greatest joys of my being a bishop.