A century of church life 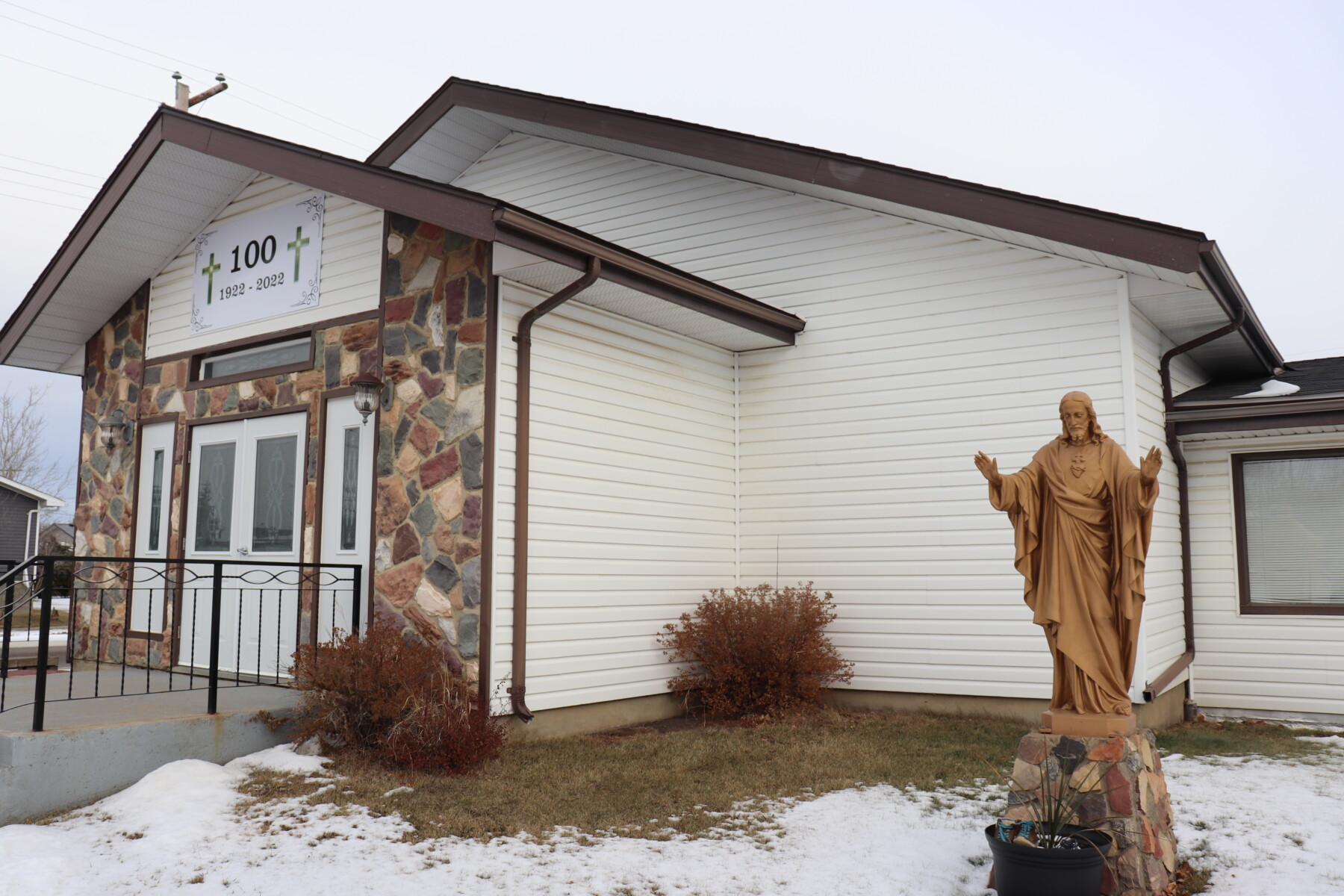 A century of church life

Andre Maisonneuve’s life is intimately tied to the Paroisse Sacre-Coeur in Donnelly.

He was baptized in 1939, in the church that his grandfather had provided much of the lumber to build. He spent much of his youth altar serving with the Oblates of Mary Immaculate priests in Donnelly and was educated by the Sisters of Holy Cross. By 1950, when construction on a newer church began, he and his family were intensely involved with its construction. With a jigsaw he had purchased as a teenager, Andre helped build the plywood nativity scene that was displayed outside the church every Christmas for decades.

So when word came that the 100th anniversary celebration of this French Catholic church in northern Alberta was soon to be celebrated, Maisonneuve knew he had to make it.

“The 100th anniversary of the church means a lot to me; I came up from Red Deer for it,” he said. “They told me the celebration would be in November, so there’s a chance the roads will be bad. But I said, ‘I’ll be there for sure’. I grew up here. This is my life. To me, it’s an accomplishment… The church was central to us, so we fought for it.”

Andre was born and raised in Donnelly. In fact, due to a severe snow storm on the night of his birth, he was the only one of his seven siblings born directly in Donnelly, rather than at the nearby McLennan hospital.

After he was married, Andre and his family moved from Donnelly for work in the oil patch, a job that took his family across Alberta, to Manitoba, Nunavut and even to Newfoundland to work on the offshore oil rigs. Though he resides in Red Deer today, the memories of his home church are never far from his mind and heart.

“The church really was the center of the community here,” he said. “There was a lot of families involved in the church, and Frenchmen had big families at that time. There are less families now. At one time every half mile there was a big family with a farm, now there’s just a few farmers covering the whole area. So there’s a bit of a loss there, but coming here makes me remember the good old days. I’m going to be 84 in a month, so I just count my blessings that I’m still here.”

The 100th anniversary celebrations for Paroisse Sacre-Coeur included Mass and dinner, presentations to honour long-time residents and volunteers, and various displays of the church community’s rich history. A model village was built and put on display, showing what Donnelly would have looked like in 1922 with its original log chapel, general store and farms.

At the Mass, some of the church’s oldest living parishioners took part in the procession as candle and cross bearers. Andre says the opportunity to altar serve during the liturgy was something always cherished and honoured in Donnelly.

“For the lay men there was a hierarchy to serving at the Mass,” he recalled. “You would start as candle holders, then as acolytes, and the most important were those who got to wear the red alb while altar serving. That was what you aimed for; that was the greatest privilege.”

As one of several French Catholic settlements in the region, the Catholic faith was central to life in Donnelly. Along with the church, convent and school, many vocations also came out of the community. Locals like Fr. Elphege Fillion, Fr. Eugine Fournier, Fr. Louis Collins, Fr. Clement Richer, and Fr. Jacques Johnson were ordained priests with the Oblates of Mary Immaculate, largely serving the Indigenous missions of the region, like Sucker Creek, Driftpile and Little Red River Cree Nation. Fr. Jacques Johnson eventually became the Oblate Provincial for their northern missions.

A more recent vocation to come out of Donnelly is Dcn. Reg Bouchard, who has now served as a permanent deacon in the Archdiocese of Grouard-McLennan for almost 25 years. The 79-year-old says faith was what formed much of the life and activity in Donnelly.

“It was a very active community. We had the convent, we had many volunteers, we had several vocations that came from here. It was deeply rooted in the Catholic faith,” Bouchard said. “As the population has decreased so has the number of parishioners, but the church is still very important to this community. It’s important to me to have seen it stay alive.”

Given the changing dynamics of village life, farming and the wider Canadian culture, for Dcn. Reg it is amazing that the church has survived a century. From the third church being lost in a fire in 1974, the closure of mills that were central to Donnelly’s economy, and the huge amount of volunteer labour needed to make the fourth church a reality, Paroisse Sacre-Coeur has overcome many obstacles over those past 100 years, and it is thanks to the generosity of others that it has lived through a century.

This is only an excerpt. Read the full story in the December 2022 edition of Northern Light