Gerald’s Road to Damascus – Part One 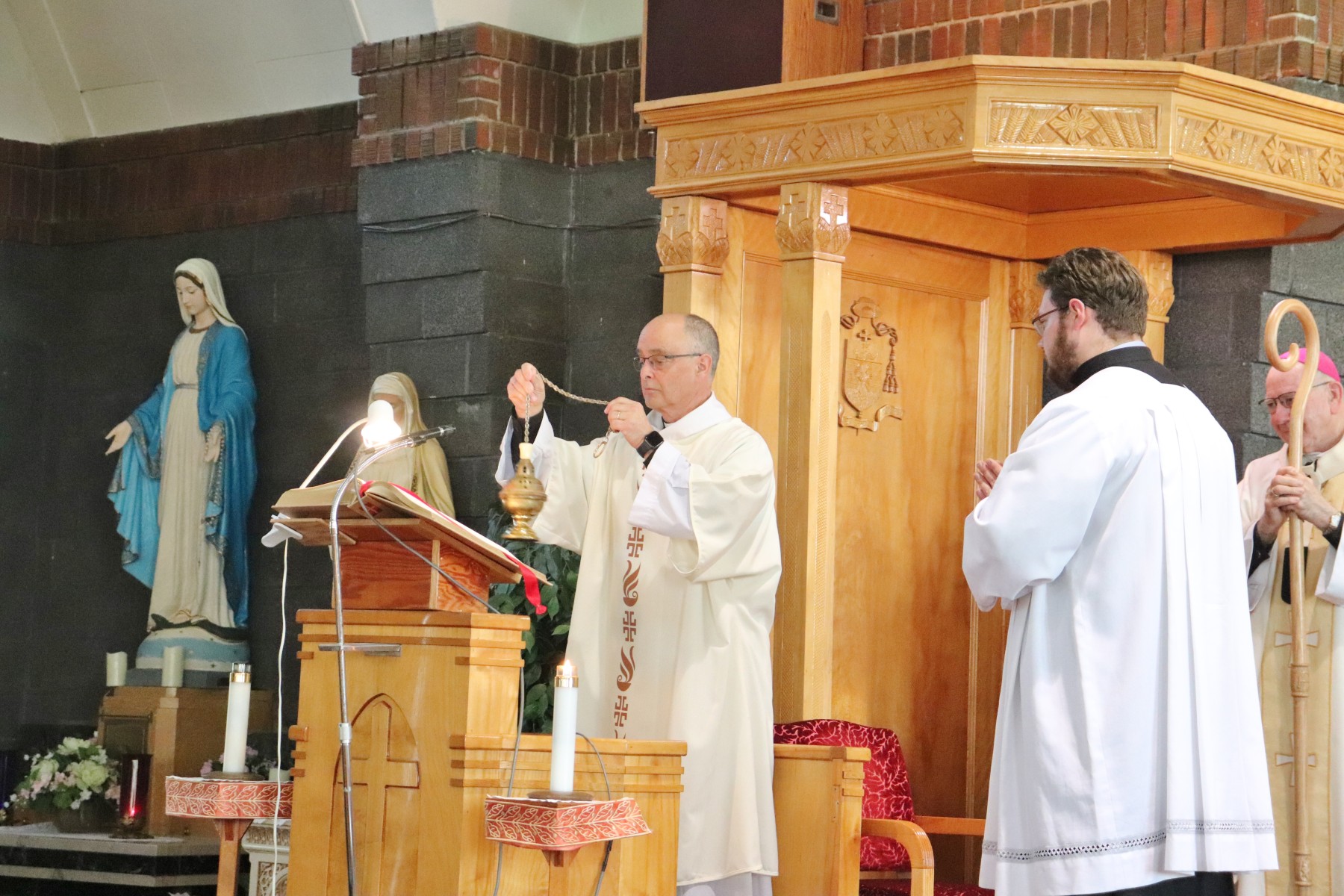 Part One: The Only Seven Mile Endless Road

In the first part of this two-part series, Dcn. Gerald Logan reflects on his journey to the Permanent Diaconate. Today, Dcn. Logan serves at St. Joseph’s Church in Grande Prairie and is also the director of the Archdiocese of Grouard-McLennan’s Office of Life and Family.

While I have never been to Damascus and may never get there, I have been on the road to Damascus all my life.

Just as Saint Paul traveled the road and experienced metanoia; so have I. My personal belief is that we never complete the radical conversion we are called to – not on this earth.

The subtitle of my story could be “How does a cradle Catholic kid from Crooked Creek become a Deacon?”. The short answer is metanoia, meaning a transformative change of heart. But the long answer is a little more involved. I will spare some of the details.

Raised a cradle Catholic in the community of Crooked Creek, we were definitely in the minority. When I attended the University of Alberta in Edmonton my Catholicity was checked at the door. I was a Crooked Creek Catholic, not a member of the Universal Church; so I only attended church when I was at home.

Then I met and married Marian and she fulfilled her baptismal promise to be King, Priest and Prophet in my life. I started attending Mass with her until it changed to attending church for me. Early in our married life, we moved literally and figuratively closer to the church. We bought a home in Beaverlodge just down from St. Mary’s Church in 1982. My involvement in the church community in Beaverlodge brought about a transformation. I went from being a parish member to parish council member, chairman of the Council and then, Lay Presider when our pastor Father Molnar was ill.When Father retired, we had lay presided services every second week. Sister Lise recruited me to be part of the presiding team. Her advice to me was simple – “You had better get a nicer suit.” I was always teasing back that I needed a better clothing allowance.

During this time, I was also an adult altar server when priests would come from Grande Prairie to say Mass. This was when I met and worked with several priests, including the current Archbishop. During this time, Deacon Ray came with the priests on some occasions. This caused me to start thinking about that ministry. I began asking then-Father Pettipas about this vocation and we started to talk.

My friendship with Father Pettipas led me to a natural affiliation with the clergy. Leading lay-led communion services made me acutely aware of the role that I was playing, in both proclaiming the word of God to my community and encouraging them to have a better relationship with Him. I had also joined the Cursillo movement and experienced a radical metanoia. My answer to God was a resounding “YES”, though I didn’t quite know what the question was yet.

With the encouragement of the faith filled St. Mary’s Beaverlodge family I started to discern what the question might be. While I thought of myself as a person of action and service, the permanent diaconate was a logical ministry for me to discern. I didn’t want to be a preacher, and I can hear God laugh as I prepare my weekly homilies.

Some time later, Father Pettipas became Archbishop Pettipas, and he held a meeting with those who had expressed an interest in this vocation. Several years passed and then, out of the blue, the Archbishop called and asked if I was still interested. He had arranged for the Edmonton formation program for the permanent deaconate to be open to candidates from our Archdiocese.

Panic hit. Applications were closed but thankfully they made an exception for Marian and I. We quickly filled out the application forms and had transcripts sent in. Then there were several trips to Edmonton as part of the application process, interviews, psychological assessments and more interviews. We were eventually accepted. Through my discernment process, we realized we could not take this on in my last year of work as a school principal, so I applied to have the start of formation deferred another two years.

The four years of formation, while it seemed long and never ending, did finish and I was ordained on July 7, 2018. This part of the road was not easy as there seemed to be a never-ending list of readings and assignments to be completed, but the end did come. Now I am serving the Archdiocese as the Director of Family and Life, and my Parish of Saint Joseph in Grande Prairie. I preach on Thursday for the weekday Mass and once every few months for the Sunday Masses. Pre-pandemic I would often serve as the Deacon of the Mass.

You might ask why this narrative? The purpose of this article is to get people thinking about their own Road to Damascus. Do you feel the call to take on a leadership role in the Catholic Church? Might the Permanent Deaconate be the answer to the call you are experiencing? If you feel this might be the case, please contact me and we can talk more about the formation program.