A renewal of sisterhood 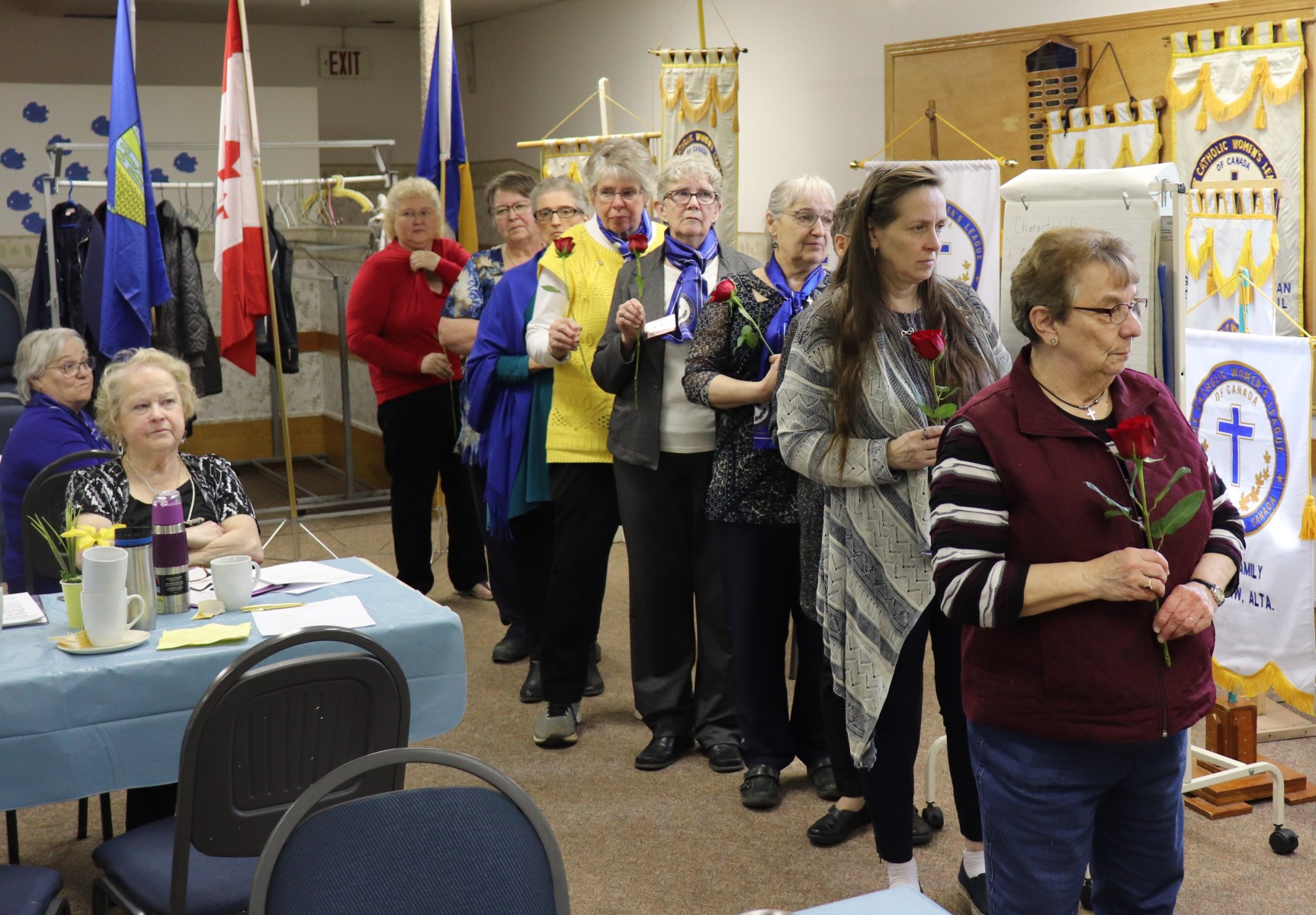 A renewal of sisterhood

For the first time in three years, the Catholic Women League’s councils from across the archdiocese were able to come together – in-person and beyond the confines of a computer screen.

While the April 23rd convention, held at Immaculate Conception Parish in Sexsmith, had various business concerns and constitutional changes to vote on and discuss, this chance to come together and grow in sisterhood was perhaps the day’s greatest benefit.

“Today is also a renewal of friendships. It’s been a pleasure for the women to be able to get together, discuss their ideas and share,” said Donna Prevost, communications representative for the Archdiocese of Grouard-McLennan’s Catholic Women’s League, and a member of the CWL council at St. Thomas More Church in Fairview.

“We usually have two workshops a year plus our convention but none of that has happened. The last time we had a convention in person was in 2019,” she continued. “A lot of networking happens here. Growing that sense of ‘sisterhood’ is really important for us, to know that we all come to share our thoughts on the same things, in our faith and our councils, and that we can help each other grow.”

Discussion groups on the meaning of leadership were also a part of the day’s convention.

Over the pandemic period, the CWL still continued hosting various things online, including meetings and one virtual convention. But for many of the members this transition to digital gatherings was a difficult adjustment, so the ability to bring all the councils together in person for this year’s convention was a welcomed change. For many of the more than 40 women gathered in the Immaculate Conception Parish hall, this was the first opportunity they’ve had to catch up with fellow CWL members since the pandemic began.

Beginning with the marching of the flags and the welcoming of dignitaries, the convention touched on a variety of spiritual concerns and business matters for the councils. Mass, council reports, a memorial service for deceased members, the installation of a new executive and a prayer offering for Ukraine were just some aspects of the day-long convention.

Of the 16 CWL councils in the archdiocese, more than 10 were able to bring representatives, coming from Peace River, High Prairie, Grande Prairie, Valleyview, Fairview and elsewhere.