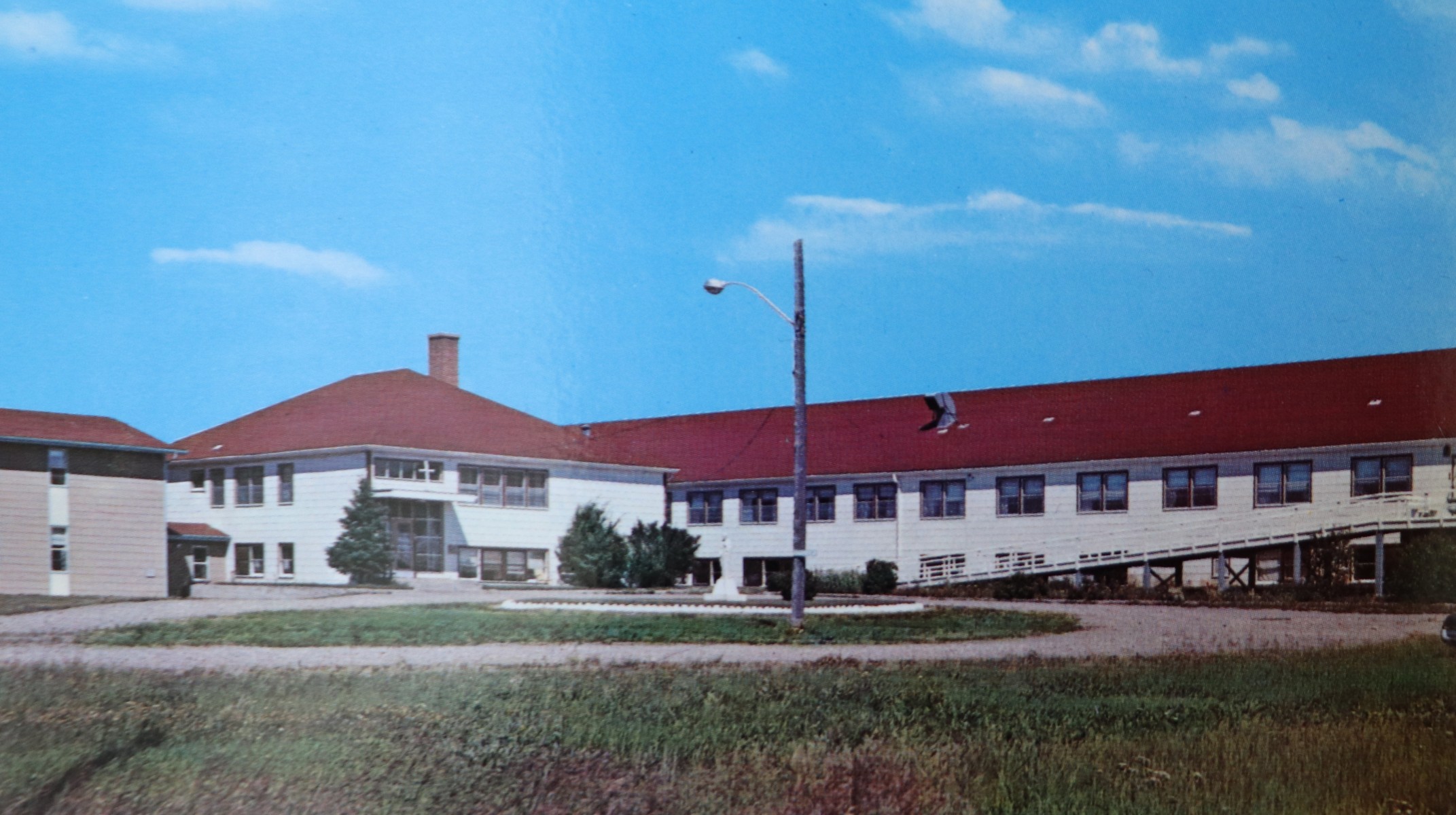 While it has now been closed for many decades, Marie Davies life remains closely tied to Whitelaw’s historic Hotel-Dieu nursing home.

The Hotel-Dieu of St. Joseph opened in the northern Alberta hamlet in 1952. More than just a nursing home for the area’s seniors, it was a centre of faith, community and employment for all of Whitelaw.

For Davies, many of her most intimate childhood memories are intertwined with the Hotel-Dieu. As a girl she would spend her afternoons walking there to chat with seniors and visit her father, who worked there as an orderly and maintenance worker. When in school, she and her fellow classmates would go to the nursing home to sing carols and deliver Christmas cards to the seniors. On weekends, she would help the nuns clean and attend Mass at the Hotel-Dieu chapel.

“It was just a big gathering station for everybody,” Davies recalled. “People got together there to visit their family, for Mass, for Christmas parties, to visit their solarium. One of the Hotel-Dieu nuns would come to the school and teach us catechism. There was a dugout behind the convent and all the kids in Whitelaw would go skating there in the winter time. It was intermingled with the community quite a bit.”

This May the feast day of the founder of the Hotel-Dieu de Quebec, Blessed Catherine of St. Augustine, is celebrated. Whitelaw’s Hotel-Dieu was the only one ever established in the Archdiocese of Grouard-McLennan.

The story began in the 1940s, with a search for a religious congregation who would be willing to bring their members to northern Alberta – where health care was desperately and urgently needed.

It was not until 1949 that the Alberta government finally approved the Diocese of Grouard’s proposal. In the early spring of 1950, a group of Religious Hospitallers of St. Joseph Sisters arrived in Whitelaw from Ontario to establish the nursing home. It was opened and operational by the summer of 1952.

Over the following decades the nursing home cared for generations of seniors in Whitelaw and surrounding communities. It’s 35 beds were always full, and 23 nuns made up its staff of nurses and administrators.

Some of Davies’ fondest memories of the Hotel-Dieu are her dad’s stories of the many seniors he met there.

“I just remember Dad was so good with the seniors,” said Davies. “Those who had dementia or Alzheimer’s, he was always good with. He would tell us stories about how he would go to the room of Mrs. So-and-so in the morning and she’d say ‘Can you light the oven? My bread is rising, I got to put it in the oven soon.’

“My dad was a smoker so he would go to her nightstand, open the door, flick his lighter and say ‘There you go, I lit it for you. Now give it time to warm up.’ And she was so thankful,” Davies recalled with a laugh.

But by the 1970s, major changes were on the way for the region and for Whitelaw’s Hotel-Dieu. After 1977, there were not enough nuns to fill the vacancies. The decision was then made by the sisters’ Provincial Superior to sell the Hotel Dieu and neighbouring convent. It was purchased by the town of Fairview in early 1979, and new management took over.

By the early 1990s, the decision was made to sell the building and move the remaining seniors to neighbouring nursing homes in Fairview, Berwyn and Peace River.

Davies says the decision was not welcome amongst much of Whitelaw’s community.

“Everybody was so sad when that happened. It wouldn’t have taken much to fix it up to where it needed to be,” she said. “It was one of Whitelaw’s main employers. It was always full and it was a nice quiet and remote place for seniors. It was much more than just a nursing home.”

But the Hotel-Dieu lives on in other ways. While the nursing home itself has been taken down, the neighbouring convent remains today as a seniors’ drop-in centre. Much of the furniture and religious art inside is the same from the days it housed the Hotel-Dieu nuns. As well, Davies still has a set of cabinets from the Hotel-Dieu’s sowing room.

“We’re just repainting those cabinets now,” she said. “So we still have a piece of Hotel Dieu history in our shop.”