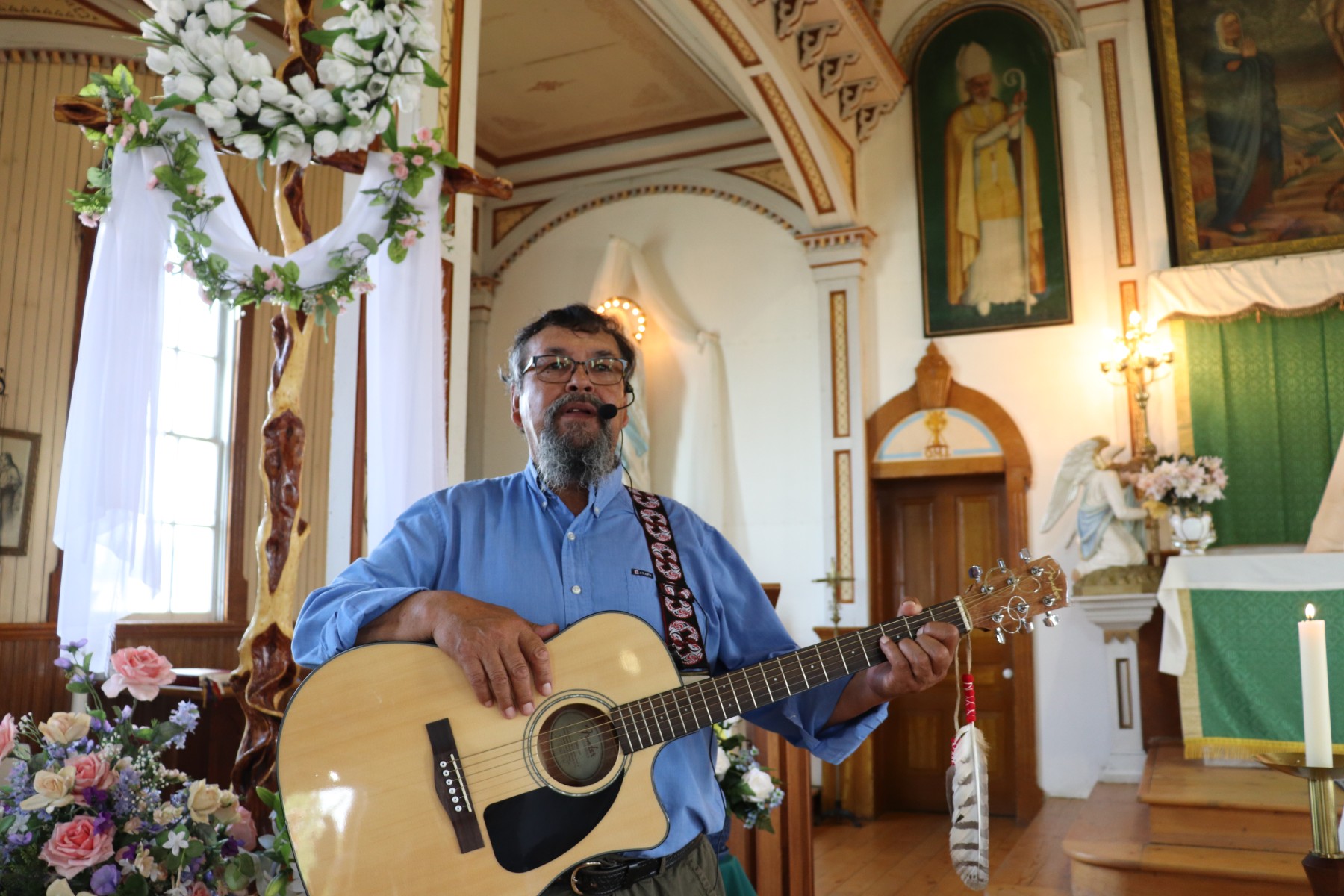 Grouard man preserves his language and traditions through Cree hymns

Through his passion for music, Manny Chalifoux has found a way to keep the Cree language alive and to preserve a unique tradition of Cree Catholicism.

Most Sundays in Grouard, where Manny was born and raised, he can be found at the historic St. Bernard Mission Church, singing Catholic hymns and acclamations, all originally composed or translated into the Cree language.

His collection of Cree spiritual songs mainly comes from an old hymn book simply title “CREE HYMNAL”. The hymns contained within this old yellow booklet are all original compositions. It’s a hymnal that has been passed around Indigenous Catholic communities of western Canada for generations.

The origins of this one-of-a-kind book are quite vague, Chalifoux says, especially because there is no date of publication within its pages.

“The book has been floating around this area for years – from Joussard, Grouard, Gift Lake and Atikameg,” he said. “I think the hymn book originated from somewhere in Saskatchewan or Manitoba by one of their priests. There’s no doubt the hymns are old – I mean real old. My great grandfather used to sing some of these.”

Like the oral traditions so common to Indigenous cultures, Manny first learned of these songs by having them passed onto him through community elders.

It was at the Kisimanito Centre in Grouard in the early 1980s, Chalifoux was first introduced to these Cree hymns by Johnny Waniandy, who would play the organ and sing them. Chalifoux’s instrument of choice is guitar, and he began figuring out the guitar chords to these songs by ear, based off the organ notes Waniandy had ascribed to them.

By 1984, Chalifoux began playing these songs at Mass.

“Johnny [Waniandy] grew up at the mission, and he learned to play the organ from a very young age. His language was Cree, and most of the kids at that time sang in Cree,” Manny shared. “I did not play much music before this time. When I joined I just knew how to play a few guitar chords.”

Now a staple of St. Bernard’s music ministry for 40 years, Manny has copied songs from this original small Cree hymnal into a large binder so he can more easily read them while playing at Mass.

Manny believes this music provides an effective way in preserving the Cree language.