‘Be a happy saint’ 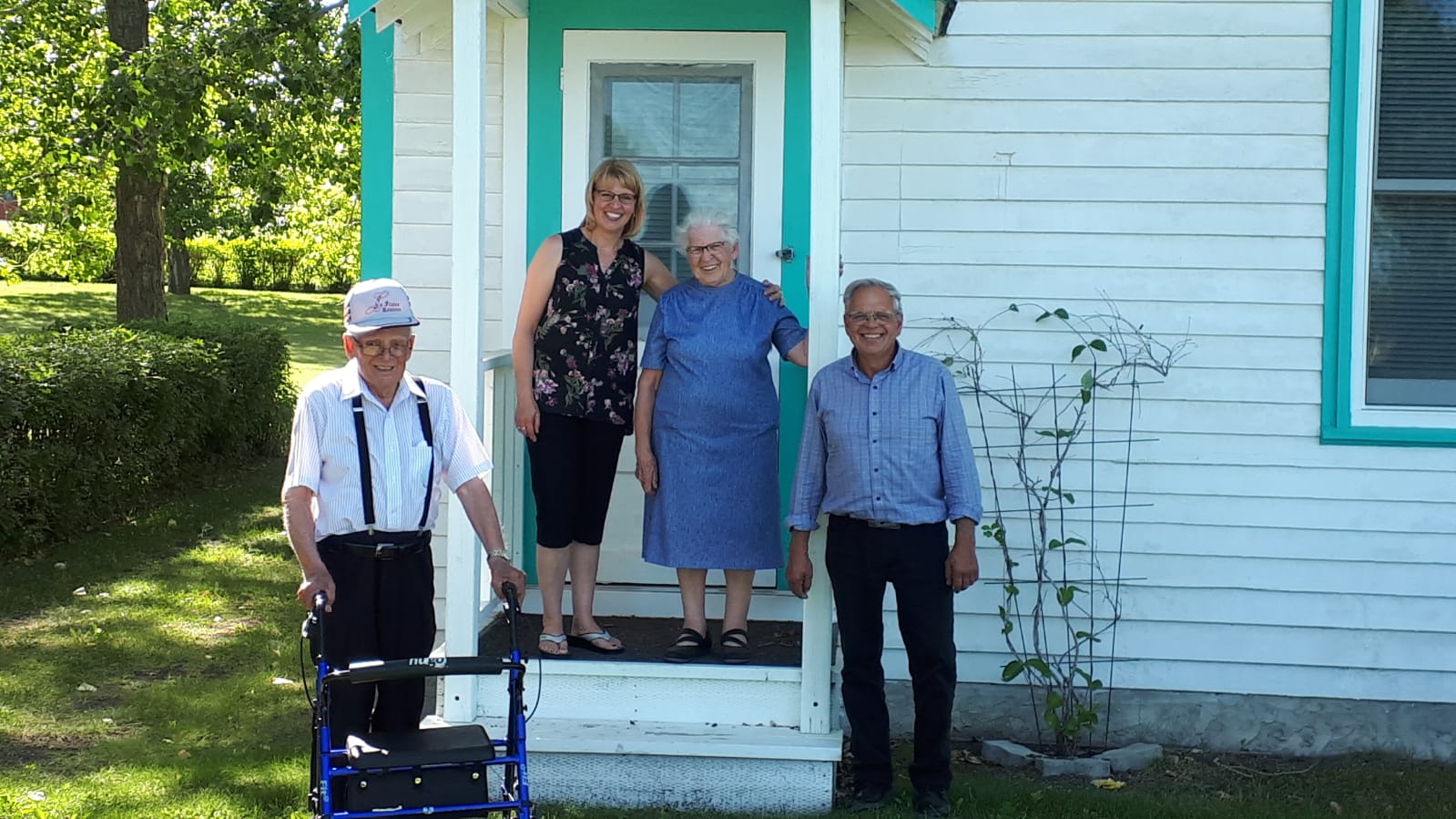 ‘Be a happy saint’

At 93 years old, Sister of Providence Dolores Blanchette is still active and at work each day, caring for the sick and elderly at the Lacombe Nursing Home in Calgary.

She says it’s no surprise she’s able to keep so active – because it is an answered prayer. Since God is still blessing her with good health, she says she owes it to Him to continue working.

“I’m not surprised. I told the Lord if you want me to stay working, give me good health,” the sister said. “So when I have good health and I see people in the nursing home younger than me who are struggling, I am grateful. So I stay at it and I keep working.”

Across the Indigenous communities of western Canada to the far east port cities of Egypt, Sister Dolores has lived an eventful missionary life. She was born and raised in Girouxville in 1930 to a family of farmers. She lived there until she entered religious life in 1947, at the Sisters of Providence convent in Montreal.

It was a vocation she was eager to embrace.

“I was very anxious to join the convent,” Blanchette said of her teenage years. “What could you do in Girouxville? In those days you couldn’t go very far. I sent a letter to join in 1946, and they said I was too young and to wait another year. So, I wrote back when I turned 17 and they accepted me.”

What drew Sr. Dolores so strongly to religious life was her experiences with the Sisters of Providence, working within what was then the Vicariate of Grouard. She would often spend time helping the sisters at the Sacred Heart Hospital in McLennan, which was about 25 kilometres from her family home.

“We also had the Sisters of the Holy Cross at our parish, but I wasn’t drawn to teaching. It wasn’t for me,” she recalled. “With the Sister of Providence, you could do any kind of social work. I had an experience helping them in nursing, and I really enjoyed it. So I just said – ‘Okay, I’ll be a Sister of Providence’.”

In those days the journey to vows and sisterhood went very quickly. Blanchette was only in the novitiate in Montreal for two years before she professed her vows and came back out west. In her religious life in Canada she has mainly worked in nurseries, senior care homes and schools across Alberta and Manitoba.

In our archdiocese, she worked with Indigenous communities in Fort Vermilion, Joussard and Wabasca, mostly working as a cook and supervisor for the girls at the local boarding schools. Later in McLennan she worked for many years at the nursing home Notre Dame de Lac.

But through all these experiences, what Sr. Dolores longed for most was the life of a missionary, and to her that meant going abroad, to see a world beyond western Canada, the country she had spent her life knowing so well.

Soon enough her prayer for a missionary life abroad was answered. In 1977 she was given one of her life’s most cherished opportunities – to be a missionary in Egypt.

“There was a bishop in Egypt looking for religious sisters to work in a hospital over there, and he had contacted first our Mother House in Montreal,” Sr. Dolores explained. “And from there, a letter was sent to all the houses of the Sisters of Providence in Canada, asking if any sisters would volunteer to go to Egypt.”

This letter would change the direction of her life for the next 15 years. Finally, she had found the opportunity she always hoped would come about in her vocation as a sister.

“I signed up right away,” said Sr. Dolores. “In my heart I was ready from the first day of my profession. I had the heart of a missionary, but for my first 30 years that opportunity had never came. I was a missionary with the Native peoples, yes, but it was not the same. I was still in my own country and in places like Fort Vermillion and Wabasca which were so close to my home. I always had a desire to be a missionary far away somewhere.”

This is only an excerpt. Read the full story in the June 2022 edition of Northern Light